Wrap Up London at the QEII Centre

Wrap Up London at the QEII Centre 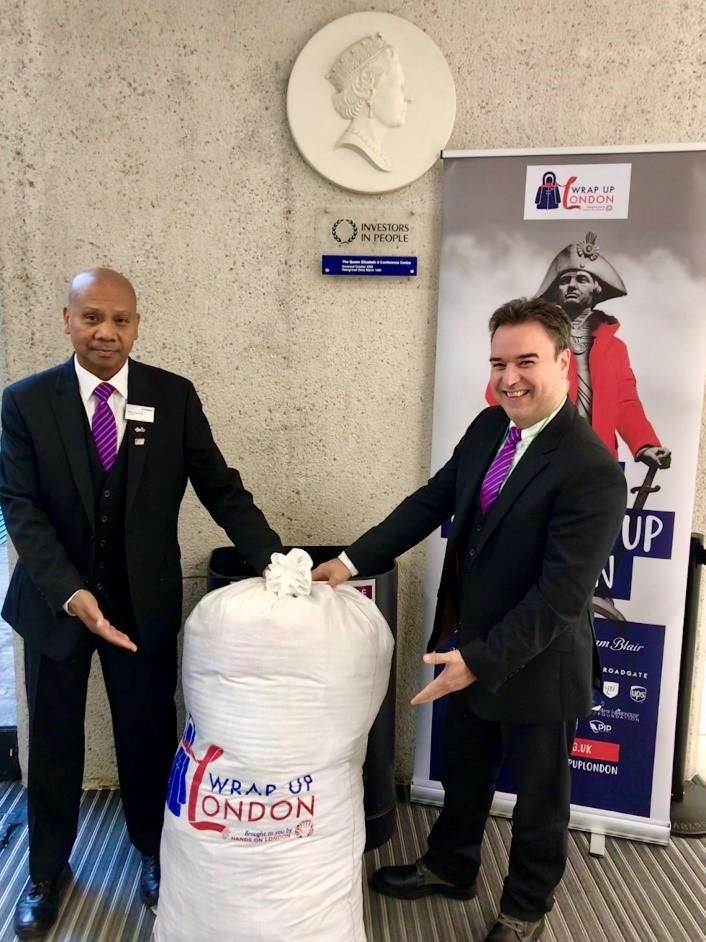 For a third consecutive year, the QEII Centre supported the charitable campaign Wrap Up London. This involved collecting coats and items of warm winter clothing to help people in need, such as the homeless, elderly and refugees. The coats collected at the Centre are distributed via homeless shelters, refugee centres, organisations supporting the elderly, women’s refuges, children’s centres to ensure they reach those in need. With over 300,000 people in the UK either homeless or living in inadequate conditions these really do make a difference to those who receive them.

From 11th November to 22nd November, the QEII Centre collected old, unwanted or unused coats from a wide range of sources including event organisers, delegates, QEII Centre staff, local business, members of the public and even a scout group! This year’s campaign was a tremendous success with 140 giant sacks filled to the brim with coats and items of winter clothing. With approximately 20 items of clothing per sack, the QEII Centre collected 2,800 items, which was a significant increase on the 700 items collected in 2018.

With the campaign entering its 10th year in 2020, the QEII Centre look forward to supporting it again next year.