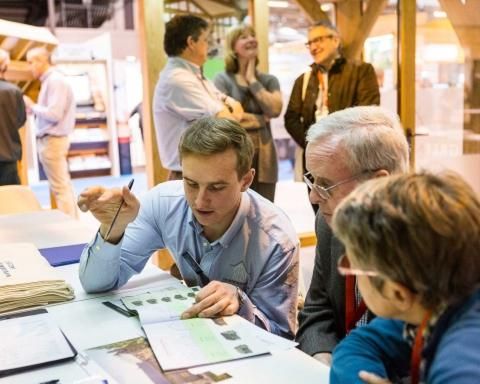 The Northern Homebuilding & Renovating Show announced the agreement shortly before its latest event, where it welcomed more than 12,400 in Harrogate between November 1 and 3 - its second best year ever at the venue.

Show director, Nick Noble said: “I have real confidence in the market in Harrogate and that’s why I was very confident in coming to the Convention Centre for another three years. The show is always a sell-out in terms of exhibitors - they love coming to town.”

Homebuilding & Renovating stages eight annual events around the UK each year, with Harrogate hosting the Northern show since 2003. The latest deal secures the event in Harrogate until 2022. Each show is aimed at consumers looking for expert advice and new products for major home improvement or self-build projects.

“This event has evolved tremendously during it’s time with us in Harrogate and it brings thousands of visitors to town,” she said. “I’m really pleased with the deal we’ve just reached.

“This is a big vote of confidence in Harrogate Convention Centre and the town itself. I know that many of the visitors make a special trip to Harrogate especially for the Homebuilding & Renovating Show so this is brilliant news for the local economy too.

The 2020 show will take place at Harrogate Convention Centre from November 6 to 8.