Robbie Williams to perform at the Ricoh Arena

Robbie Williams to perform at the Ricoh Arena 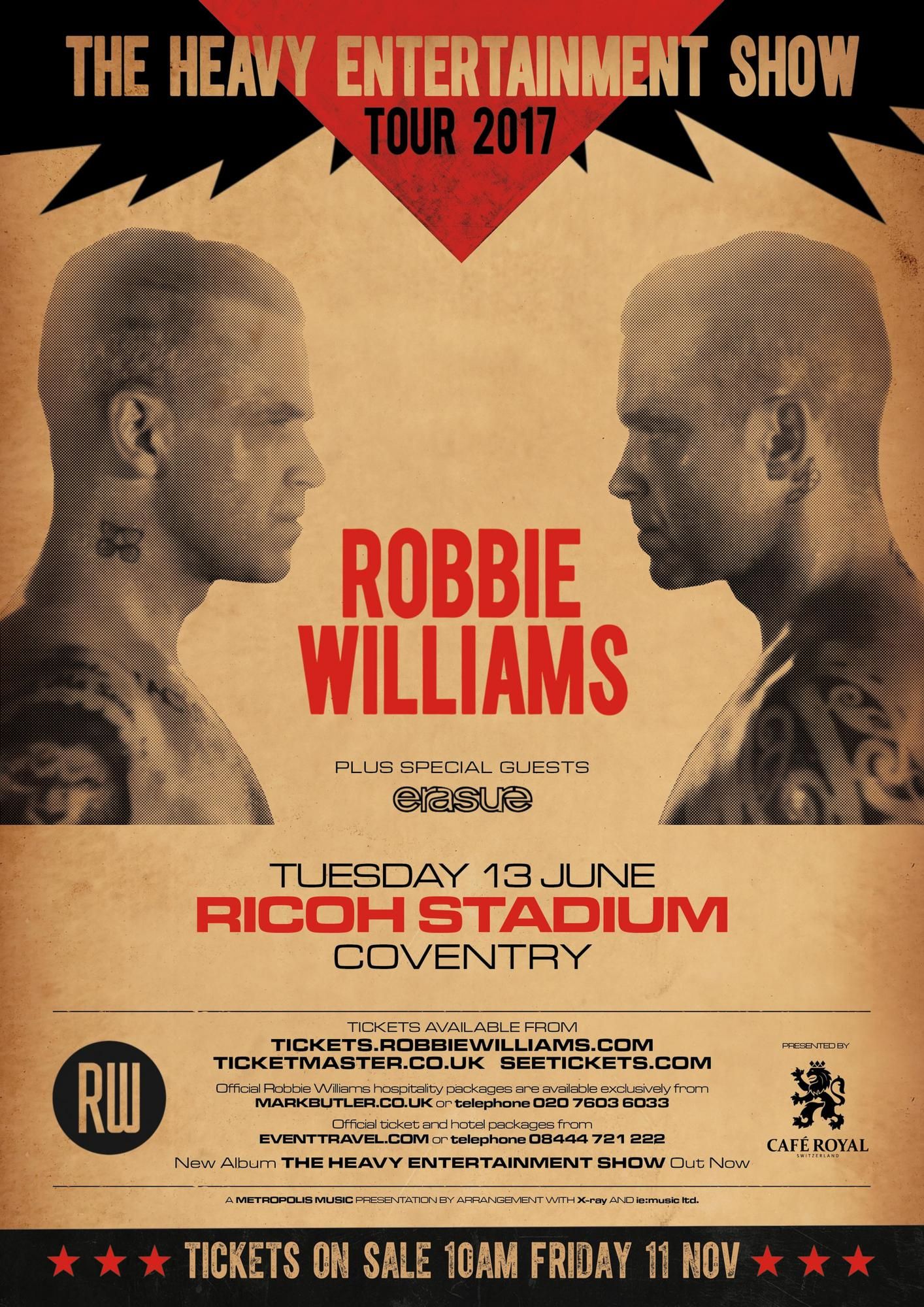 At a press conference in London today, Robbie Williams announced his highly anticipated 2017 European stadium tour. Twenty-nine shows in eighteen countries are announced, opening with a date at Manchester’s Etihad Stadium on June 2nd 2017. Erasure will be joining Robbie Williams on the tour as special guests. Tickets go on sale this Friday, November 11.

Robbie will perform a special one-off show at The Troxy in London this evening to celebrate receiving the prestigious BRITs Icon Award. The award is the highest accolade given by the BRIT Awards and has previously only been given to Elton John and David Bowie. It is only presented to artists whose writing, recording and performances have set them apart as having made a lasting impact on British culture, recognising the very highest level of achievement in music.

Tickets go on sale to the public from 10am GMT on Friday, 11 November via Ricoharena.com and RobbieWilliams.com. An exclusive 48-hour pre-sale will offer members of the Robbie Williams mailing list access to tickets before the general sale. Sign up at RobbieWilliams.com/tickets.