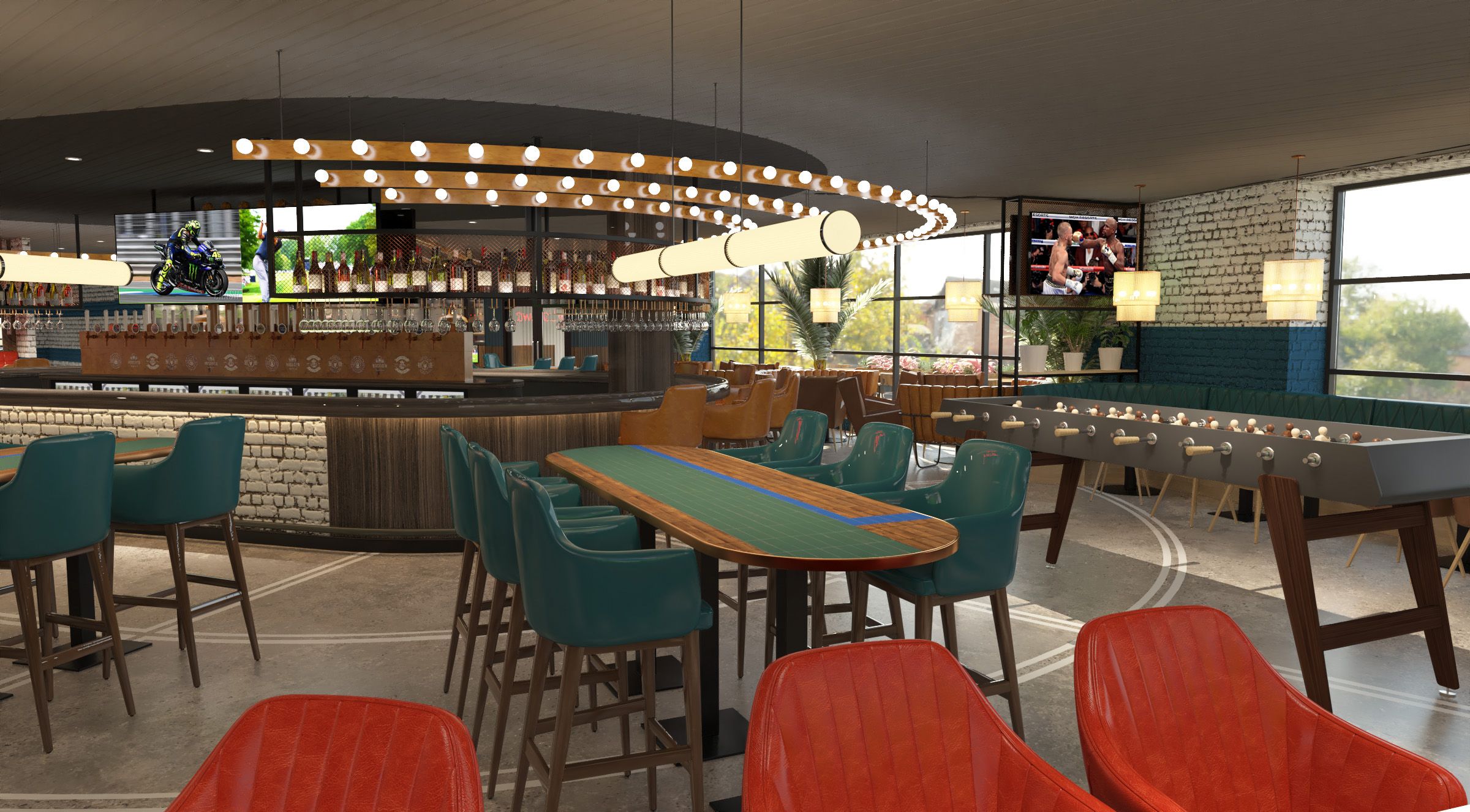 A state-of-the-art sports bar is set to open its doors at Coventry Building Society  Arena later this year as part of wider improvements ahead of the venue hosting the Commonwealth Games.

The new bar – located by the front door to the complex – will cater for up to 160 covers at a time and boast an array of widescreen TVs – including wall-sized screens – as well as interactive games including shuffleboard and table football.

The Wasps club shop will be relocating to the south side of the venue to make way for the new 400 square metre bar, which will be open to the general public seven days a week, and will create around 25 jobs.

Work is already underway on the sports bar which is set to open in the spring.

The space will include a double-sided bar serving a range of craft beers, cocktails, and soft drinks, surrounded by numerous tables where group gatherings can tuck into contemporary sharing dishes.

Coventry Building Society Arena’s catering partner, Delaware North, is funding a significant portion of the seven-figure investment in the sports bar, alongside investment from the Coventry and Warwickshire Local Enterprise Partnership (CWLEP), which has been made via an allocation of funding as part of the Government’s Getting Building Fund, and from the Government’s Local Growth Fund and Growing Places Fund.

The CWLEP funding will also be supporting the development of a new pavilion and the launch of a Commonwealth Convention Centre at Ricoh Arena.

Stephen Vaughan, Wasps Group Chief Executive, said: “Socialising is changing and people want to be entertained or experience new concepts whilst they are eating or drinking out, and the sports bar will reflect this in a modern, cutting-edge environment.

“As a venue, we typically attract more than a million people every year for live sport, exhibitions, conferences, and music concerts to name a few – all of whom will be able to benefit from visiting the sports bar, along with local residents.

“The sports bar’s arrival marks the start of an exciting period ahead for Coventry Building Society Arena as it looks to play a role in helping to celebrate Coventry’s year as UK City of Culture, before hosting a Rugby League World Cup clash later this year, as well as welcoming the Commonwealth Games in 2022.”

Doug Tetley, Delaware North UK Managing Director, added: “We have worked with two local companies, Harrison Design and WAA Chosen, to create a bar and restaurant which we are incredibly excited about.

“We feel there is an opportunity to provide a really fun environment for people with a shared passion for sport and socialising to come together and connect. The ability to create new jobs and support local suppliers is very important during these times and we are very proud to be part of the Coventry community.”

Sarah Windrum, board director at the CWLEP, said: “This is an investment that will further enhance the appeal of one of the region’s key assets for many years to come and it is part of the LEP helping to fund improvements at the venue to support their hosting of the Commonwealth Games.

“It is an exciting addition to the Coventry Building Society Arena and it is great that construction of the new sports bar is well underway.

“As the lockdown restrictions slowly ease, this will give sports fans the opportunity to meet in a socially distanced way and enjoy their favourite live-action with friends and family as the region gears up for a golden period of sport, including the Birmingham 2022 Commonwealth Games.”