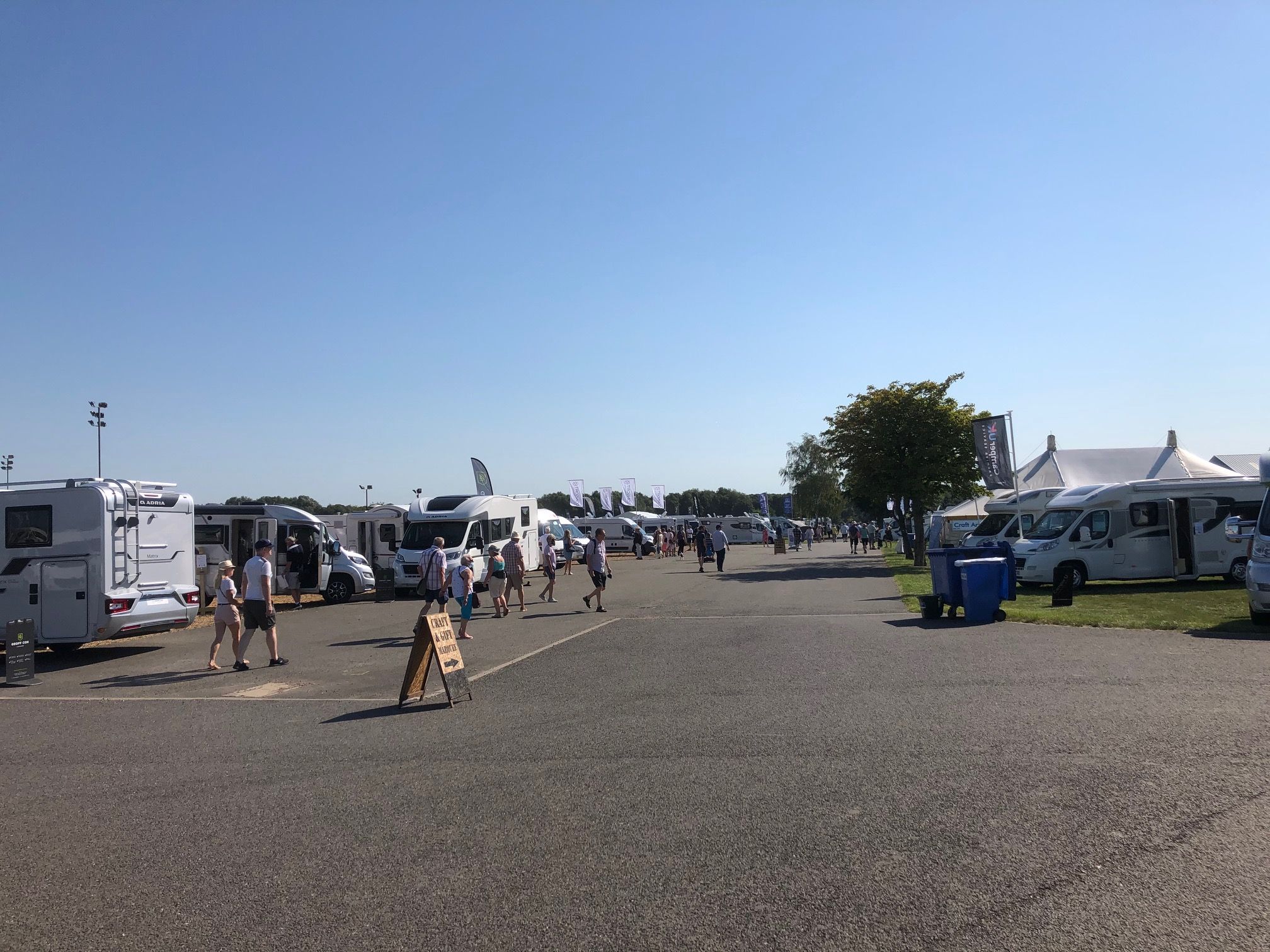 The show ran from 31st July to 2nd August and was one of, if not the first, public event to have undergone such scrutiny, and to have run whilst being monitored for its duration.

Sally Dodds, head of events at Warners Group Publications describes how the event became a reality, “As time went on the idea Warner’s would be able to hold one of their events this summer became less and less likely, then the country started to open up when  campsites and open air markets were allowed.”

“Maybe we could scale our show down and work on the event but why bother with the scaled down event? Because our loyal traders were desperate to trade, and 500 units camped on site (safely) for the weekend, which shows that people want to get out. Summer is passing us by fast and so far their motorhomes have been sitting in storage. New customers to the hobby want to have a look at what’s on offer, and with over 5,000 arriving to the free event across 3 days, the staycation and freedom a motorhome gives, is well and truly in peoples’ minds,” added Dodds.

The show was delivered under the guidelines drawn up by the Event Industry Forum, with support from DCMS and representatives from across the events industry, created to keep staff, traders and visitors safe at small-scale events this summer and with reference to the All Secure Standard from the Event Industry Alliance (AEO, AEV, ESSA) where appropriate.

“The showground and Public Health England worked closely with Warner’s Event Management Plan, risk assessment, with Covid 19 site safety rules in place and daily inspections to pass the event went ahead and I thank all involved for their guidance and support. We did it!  A Covid 19 safe site is do-able. And many visitors commented how safe they did feel,” concluded Dodds

Venue director, Jason Lunn, takes up the story, “PHE were working with us right up until the night before the event, at which point they still could have stopped the show if they were not satisfied. There were many adjustments  to make this a Covid safe show, one of which was that the ‘wild camping’ for the motorhomes on site had to be self contained with no shower blocks open and toilets only open during visiting hours. This was just one of many compromises and changes that were worked on by the venue team and Warners in order to satisfy the requirements of PHE.”

“None of this would have been possible without the tremendous support of everyone involved from onsite suppliers Circle Fire, Pearce Hire, Abbotts Catering, S&D Leisure, Coventry Catering, Marriott Hotels and Holiday Inn, to the venue security team, event manager Pamela Newbould, and Sally Dodds and the team at Warners. Supporting us throughout was Peterborough City Council and lastly, many thanks to Shailesh Vara MP for NW Cambridgeshire for his support. As Sally said, “We did it! “, concluded Lunn.