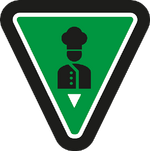 The AEV Catering Working Group gathered for its last meeting of 2017 at ExCeL London on Wednesday November 29, with Phil Wetz in the chair. Wetz welcomed all to the meeting before formally accepting the apologies of absent members and initiating round table introductions for the benefit of new members attending for the first time.

After the notes from the February meeting were approved, Wetz introduced Andy Watts from Event Food Safety as the guest speaker. An independent consultant with 20 years experience of environmental health, Watts gave a comprehensive presentation on current changes in the training, regulation and legislation of food safety today.

Wetz thanks Watts for the presentation and the group then moved on to discuss updates to the catering section of the eGuide. The group resolved to make moves towards an update and agreed on several actions to be completed before the next meeting. Other topics discussed included the scope of the alcohol wholesaler registration scheme and driving further reductions in food waste at events.

Following a busy sessions of round table news and general venue updates, the group agreed that most agenda items at the next meeting would be related to the eGuide, and proposed Wednesday April 18, 2018 and Wednesday October 31, 2018 as meeting dates for the coming new year.

Before Wetz closed the meeting, the AEV's Kim Dance announced that she was leaving the organisation for a new post, and thanked all the members of the group for their support over the years. Rachel Parker, AEV director then thanked Dance for her hard work and commitment during her tenure at the association.

Wetz then continued by thanking Sarah Jones of Farnborough International Exhibition & Conference Centre who will be leaving the group as her role at Farnborough has changed, and added his thanks to Kim Dance for keeping the group on track.

Wetz then thanked all the group members for attending and closed the meeting.