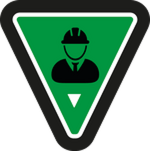 The AEV/AEO/ESSA Health & Safety Working Group convened for its second meeting of the year at the NEC, Birmingham on Wednesday October 11 with Paul Brough of Olympia London in the chair and 27 attendees present.

Brough welcomed the delegates to the meeting and thanked NEC for hosting, before moving on to the apologies and round table introductions for the benefit of the new members. Approval was sought for the notes from the last meeting, which was duly given.

Brough then turned the group to discussing the agenda topics, beginning with exhibition logistics, featuring a request from Andrew Harrison, ESSA director, for volunteers to join a logistics sub-group that could look at some H&S issues being raised by a number of logistics companies.

The group went on to discuss various aspects of H&S procedures and practices, including the collection and sharing of collected data, fork lift truck operations, complex stand plan submission dates, and a comprehensive update on the industry’s ‘Stop The Drop’ resource from Billy Ward of the AEO.

Following the group discussions, Brough then led the group in agreeing agenda items for the next meetings, and proposed the meeting dates of Wednesday April 25, 2018 and Wednesday October 10, 2018 at venues to be confirmed.

With all agenda items completed, Brough then tabled changes to the chair and vice-chair under AOB, officially handing the chair of the group over to Alison Treacher of GES, and assuming her position of vice-chair. Brough was thanked for his contribution to the group by the associations’ representatives, and in turn thanked all members for attending and closed the meeting.