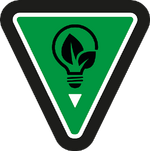 The AEV/AEO/ESSA Sustainability Working Group met for the second time this year on Thursday October 19th at the NEC, convening at Severn Trent’s anaerobic digestion plant at Coleshill, where all NEC Group venues send their food waste.

During the visit, organised by NEC’s Steve Cartmell, the group learnt how the plant can convert up to 48,500 tonnes of food waste into renewable energy and biofertiliser every year.

Returning to the more conventional setting of the Concourse Suite at the NEC, the group reconvened with Katie Clarke of Manchester Central in the chair. Clarke thanked Cartmell for arranging the visit to the Coleshill plant and hosting the meeting, and thanked all the members for attending.

The group then heard the apologies from members unable to attend, before Clarke led round table introductions and the approval of the notes from the previous meeting.
With the site visit and meeting formalities dealt with, Clarke led the group in discussing the day’s agenda topics which included energy usage and the sustainability section of the eGuide amongst other subjects.

There followed a lengthy and informative session of round table news and member updates, where the group heard of numerous sustainability and energy efficiency projects coming to fruition at member organisations all over the country, as well as ISO 20121 certification programmes and the growing use of hybrid and electric vehicles.

After the round table news and member updates, the group discussed future agenda items including energy usage, managing waste on breakdown and the industry press coverage of sustainability topics.

With the day’s business completed, it only remained for the group to set the dates for the next meetings, which were agreed to be Wednesday March 21, 2018 and Wednesday October 17, 2018. Clarke asked any venues willing to host either of next years meetings to contact AEV to make arrangements.

No AOB was raised in the meeting, so after thanking all attendees for their presence, and NEC for hosting, Clarke formally closed the meeting.