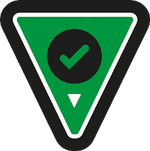 The AEV eGuide Working Group met for the second and final time this year at the NEC, convening in the Concourse Suite. Siân Richards assumed the chair for the first time, welcoming the attendees, introducing herself to the group and thanking the NEC for hosting the meeting.

After hearing the apologies and round table introductions, the group approved the notes of the last meeting on March 22, and Richards then led the discussions onto the agenda items of the day.

Starting with topics to be approved for the next edition of the eGuide, the group was invited to read and comment on the reviewed and renewed sections pertaining to medical demonstrations/treatments and special treatments.

Next, Richards asked for volunteers to join the eGuide sub-committee. Richards explained the work of the sub-committee, which examines the text of the eGuide closely, writing updates and new sections as required, before putting them to the main committee for approval. Interested members were asked to contact the AEV for further details.

The AEV’s Kim Dance, and NEC’s Michelle Baldwin then updated the meeting on the activities of the AEV Event Managers Working Group, which is in the process of producing standardised form templates for inclusion in the eGuide.

The group then went on to discuss matters pertaining to risk assessment, fire risk assessment, stand construction including porous ceilings and balustrades, the increasing use of chipboard, and the minimum thickness of wood needed to support LED screens.

With the discussion topics completed, the group then gave their round table news and general venue updates, and were asked to send future agenda items to AEV.

With no further business on the agenda, the group agreed its 2018 meeting dates as Wednesday March 21, 2018 and Wednesday October 17, 2018. Richards requested that any venue willing to host either of the meetingstocontact the AEV to make arrangements.

After some brief discussions under Any Other Business (AOB), Richards thanked all the members for attending and closed the meeting.