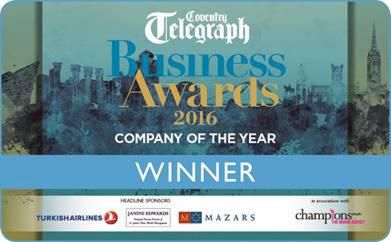 The multi-purpose venue, which has hosted 777 events in the past 12 months including over 600 exhibition, conferences and meetings and concerts by Rihanna and Bruce Springsteen, beat off stiff competition to win the award.

This follows on from other recent award successes including the Kids and Families Award for Wasps in the Community and the Best Live Music Award in the Coventry & Warwickshire Tourism Awards.

The awards serve to recognize the venues strategy to bring the best of sport, business and entertainment to the region.

Ricoh Arena has also made great progress with its objective to become the venue of choice for Rugby and other elite sports, showcasing the Rugby League 2016 Four Nations and launching the newly formed Wasps Netball team.

The major hotel and leisure investment that took place 12 months involving a complete refurbishment has paid dividends and resulted in a 60 per cent increase in income for the first quarter of 16/17.  The contemporary 121 bedroom hotel opened alongside the new Mill Bar & Brasserie and Bakery.

Andy Gibb, Managing Director of the Ricoh Arena, said: “We have had a very successful year across our whole business, ranging from conferences and exhibitions, to top music events, sporting occasions and hospitality.

“There has been considerable investment in the DoubleTree by Hilton hotel and our Mill Bar and Brasserie, and the newly formed partnership with Ericsson will make us one of the best connected venues in the UK.

“We have really put the city back on the map for top music events – to host Bruce Springsteen, Rihanna, MTV Crashes and Jess Glynne in a matter of a few months made it a really memorable year.

“We have signed some significant long term deals with key exhibition and conference organisers which will see us hosting new events, all of which will increase the business tourism to Coventry and Warwickshire.

“And, of course, Wasps continue to go from strength to strength, and we are looking forward to launch of Wasps Netball in the New Year.

“That level of success only happens with a strong team, and the Coventry Telegraph Company of the Year Award just underlines the effort that everyone here puts in to giving people a memorable visit to the Ricoh Arena. I thought the awards event showed that perfectly in terms of the quality of service and food, the staging and general presentation of the evening. It was certainly memorable for us, and I hope it was for everyone who attended.”