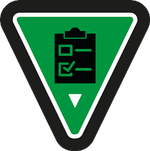 The AEV Event Managers Working Group convened at the SEC, Glasgow on Thursday November 23, 2017 for its final meeting of the year.

Chair Michelle Baldwin began proceedings with a welcome to all 20 attendees, and thanked the SEC for hosting the meeting. She then moved on to the apologies and initiated round table introductions for the benefit of new members to the working group.

After approving the notes from the last meeting, the group moved straight on to discuss the pack of standardised forms produced by the subcommittee and establish those that have the most relevance and utility across venues.

There was an update from the eGuide working group, followed by further discussions about the changes in legislation and advice about medical demonstrations and treatments, and further changes to these sections in the eGuide.

After a brief update from the H&S Working Group, given by Kim Dance of AEV, the chair led the group in a busy session of round table news and general venue updates before drawing the groups attention to future agenda items and agreeing dates for the next meeting.

The group agreed the dates of Wednesday June 27, 2018 at ExCeL London and Wednesday November 21, 2018, at an unconfirmed venue, before moving on to Any Other Business, and a short discussion about GDPR, T&C's, and recommended training resources.

Before closing the meeting, Baldwin thanked Kim Dance, who is leaving AEV, for her hard work and support for the group. Baldwin also thanked all the members for attending and SEC for hosting and arranging the evening's entertainment.