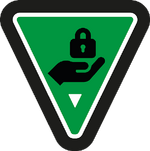 The AEV Security Working Group met at Telford International Centre on Wednesday October 25, 2017 for its second meeting of the year, and with Andy Coulson of Farnborough International in the chair.

After hearing the apologies and round table introductions for the benefit of the new members, Coulson asked the group to approve the notes from the last meeting in May, which it duly did, before the chair introduced the guest speaker, Stuart Jardine, the operations director of C S Storage Ltd, who gave a presentation on venue security lockers, and Vlocker revenue share lockers in particular.

The meeting then heard from Dave Humphries of the Security Industry Authority (SIA) who presented his regular update to the group. Humphries told the meeting about the SIA’s recent activities including collaborating with NaCTSO for training, reviewing the voluntary Approved Contractor Scheme and forecasting future licensing numbers. Coulson thanked Humphries for providing the group with a detailed and comprehensive update.

The group then moved on to the discussion topics of the day, which covered a broad range of security issues and measures, including barrier technology, emergency notification procedures and updates to the eGuide weapons section section in particular.

Coulson then briefed the group on the AEV and Association of Event Organisers (AEO) security meeting in July and October, and the efforts to put together a collaborated best practice document supporting security procedures, as well as the event industry’s representation on the Cross-Sector Safety & Security Communications hub.

Attendees then gave their round table news and general venue updates to the assembled meeting and went on to discuss future agenda items, before agreeing the meeting dates for 2018 as Wednesday March 7 and Wednesday 26 September. Coulson explained to the group that the March 2018 meeting will be his last, as he is retiring from Farnborough, and along with Kim Dance, he invited members to consider volunteering as group chair.

After these formalities, the group moved on to Any Other Business, to discuss a few recently surfaced topics including the advent of GDPR as it relates to security measures such as CCTV. With all agenda items attended to, Coulson thanked the members for their time and officially closed the meeting.